Search
Search
HomeBetting GuidesAll Things Not Being Equal - Tips And Tricks For Laying The... 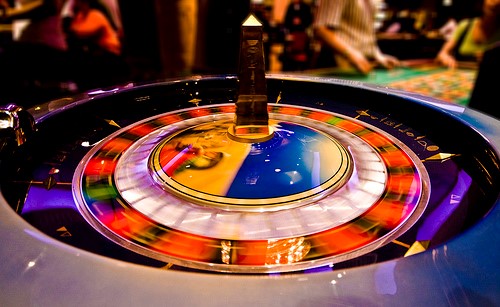 When you’re betting on the outcome of a sporting event – whether it’s a football match, tennis game or snooker faceoff – you’re usually rooting for one or the other side to win. Even if you don’t have a financial stake in the game, there’s likely a personal reason for you to be watching; maybe your team is playing their rivals, a la Aston Villa vs Birmingham City or Man Utd vs Man City, or maybe it’s a team you really want to lose for some reason.

Whatever your reasons, you’ve usually got skin in the game when it comes to sports. This attitude isn’t great for betting; if you’re a Tottenham Hotspur supporter, but you know Chelsea is likely to win the game, then you have to bet against your team whether you like it or not. Well, good news: there’s another way. Instead of betting on one side or the other, you could “lay the draw”.

So, what exactly is “laying the draw”? If you’re familiar with the concept of a lay bet, you’re already most of the way towards understanding. Lay bets involve betting that a certain side or player won’t win a game. If we imagine a tennis game between Andy Murray and Roger Federer, for example, a lay bet could be something as simple as “I bet Andy Murray won’t win this game”, or it could be something a little more technical like “Andy Murray won’t score points on 50% or more of his serves”. It’s basically a negative bet as opposed to a positive one.

Laying the draw, then, involves betting that the outcome of an event will not be a draw; in other words, that one or the other side will win the game. Whether you’re new to this or not, we hope you’ll find these tips and tricks invaluable if you intend on trying to lay the draw on a sporting event.

Know your players (or teams)

It’s no good trying to lay the draw if you don’t have an in-depth knowledge of the game each opposing side tends to play. For example, if you know that Arsenal’s strikers are all equally likely to score a goal during a game, or that Federer plays weaker on the backhand strike, then you can more easily follow the ebb and flow of a game and adjust or cash in your bet accordingly. If you go into a game blind and intending to lay the draw without knowing how likely it is that both sides will score goals, then you’re just setting yourself up for a fall, both financially and emotionally.

Cash out when it’s time

Unfortunately, there’s no way to consistently tell when the best time to exit is. Different games demand different strategies, because players and teams have different strengths and weaknesses, many of which vary between games as well. Still, knowing when to call it quits and cash your bet is a vital skill when it comes to laying the draw. The easiest thing to do here is simply to cash out as soon as a goal is scored; this eliminates your chances of losing your money if an equaliser happens, so it’s the safest option. It might not be the most profitable option, though. If your bet is more complex, and you’ve added a qualifier that your preferred team will win by more than 2 goals, you might want to hang on until that all-important second goal is scored. Don’t be afraid to cut your losses, though; if it’s a tense game and a 2-1 lead is gained, cash out before your bankroll suffers any further.

Make sure your strategy is sound

This is a very, very important step, and it’s one that many people who consistently lay the draw fail to undertake. If you bet on 50 games, and your success rate is 15%, you might want to look at the strategies you’re using and adjust them accordingly. Examine where you’re going wrong; if you consistently bet on the same team because you’re confident you’ll be right, then you’re proven wrong, it might be time to drop that particular talisman in favour of a new one. This also follows when you cash out of bets. If your profits are consistently low, see if you can cash out a little later by checking the final scores of the games you exited and checking if your predictions were correct. There’s no golden rule when it comes to laying the draw; this is, after all, a gamble, and any unforeseen circumstances could prevent you from winning. That doesn’t mean, though, that you shouldn’t do everything in your power to secure that all-important victory.

These are just three tips to get you started on laying the draw. Start with a significant bankroll and set an amount below which you will not allow yourself to drop. This way, you’ll always have a safety cushion no matter how many runs of bad luck you might suffer, and you’ll be able to bet in the knowledge that you’re financially secure. If you follow these steps, you’ll have fun laying the draw in sports betting, and you’ll hopefully make a tidy profit too!