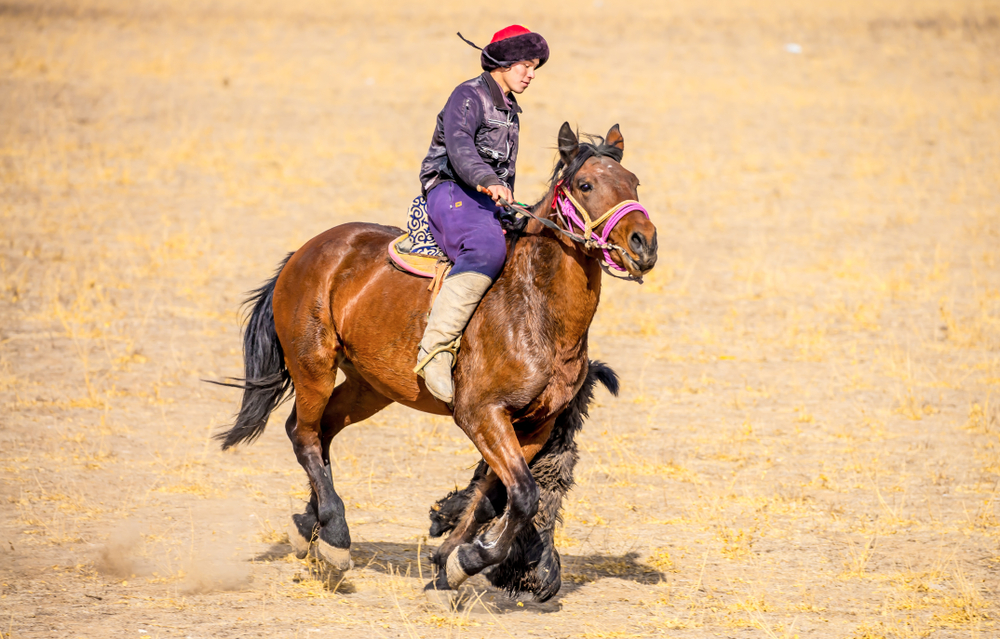 The Grand National is one of the most-watched events on the sporting calendar, and millions of punters have a wager on the world-famous steeplechase each year. The race will showcase some of National Hunt racing’s biggest stars, and it is always a suitably competitive contest. Forty horses will take to the Aintree turf at the beginning of April, and we look at some of the ways that allow punters to narrow down the field ahead of this hugely challenging and energy-sapping four mile event.

£10,000 Godolphin cast off as a 3yo, bred to be a Flat horse, Three-time Cheltenham Festival winner (including the two most differential races, Triumph Hurdle & Cross-Country Chase) And Aintree Grand National Hero.

What a remarkable horse Tiger Roll is. pic.twitter.com/bOla5OLFDm

Rule Out Horses Without Proven Stamina

The Randox Health Grand National is held over the four miles, and it is comfortably the longest event on the UK racing calendar. Having enough stamina to last the distance, and tackle the notorious Aintree fences is a prerequisite for success in this contest, and several horses fail to finish the race each year. Always look for horses who have won or placed in races that have been held over 3m 2f or greater. Form can be translated from events such as the Welsh National, which is staged at the end of December. The Chepstow steeplechase may only be a Grade 3 event, but it’s held over 3m 5f, and 2018 winner Elegant Escape proved very effective over the longer trip. The Colin Tizzard-charge is currently 14/1 in Paddy Power’s ante-post Grand National market at https://www.paddypower.com/horse-racing?tab=grand-national and is unlikely to find this race too taxing. The full result of the Welsh National can be found at https://www.sportinglife.com/racing/results/2018-12-27/chepstow/501740/coral-welsh-grand-national-handicap-chase-grade-3 and it is always worth studying carefully as there is often a sizeable crossover of competitors. Any horses who were brought down by another horse whilst travelling strongly can be excused, and should not be ruled out of your calculations.

Pick Horses Who have Prevailed in Larger Fields

As Clare Balding explains at https://www.bbc.co.uk/sport/horse-racing/17674640, the Randox Health Grand National is a truly unique contest, and there is very little way of fully preparing a participant for the world-famous steeplechase. However, any horse who has previously competed in a large field will have an immediate advantage over rivals who have yet to experience a similar situation. There will be 39 other horses flying around the Aintree course, and as a result, there are plenty of dangers lurking throughout the four mile circuit. 2018 winner Tiger Roll had previously featured in nineteen and 25-runner races, and therefore, the diminutive chaser clearly wasn’t fazed by this sizeable field.

Prep Races in February or March are Ideal

It is also often advised to look for horses who have had a preparation race in the last two months. Many previous winners have had their previous outing in either February or March, which has kept them ticking over nicely. Avoid horses who are coming off the back of a long lay-off, as this iconic steeplechase is a true test of stamina, and it is far from ideal for a comeback run. The aforementioned Tiger Roll had been victorious at the Cheltenham Festival just three weeks earlier whilst Auroras Encore, who was victorious in 2013, had featured at both Kelso and Doncaster prior to his trip to Merseyside.

The Randox Health Grand National is a truly unique contest, and there have been a number of big-priced winners over the last decade. It is unpredictable, packed full of drama, and an incredible spectacle for those who are lucky enough to attend. Punters can often find it tough to pick a winner, but those who follow the trends, and began to whittle down the field, stand a decent chance of finding some each-way value in this world-famous steeplechase.