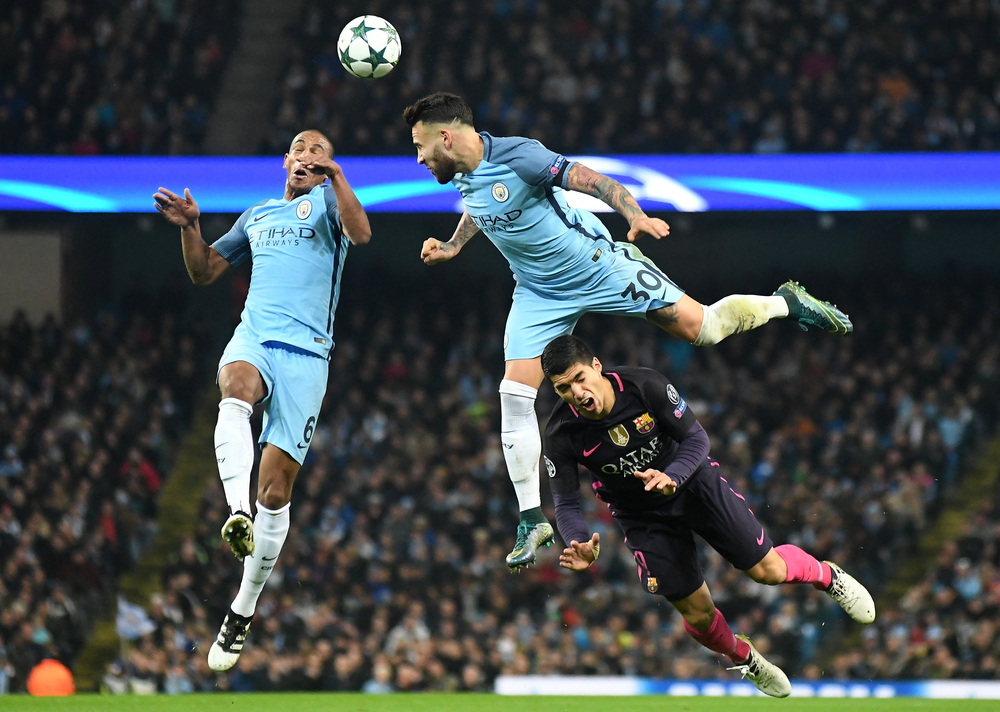 Some Of The Biggest Upsets In Premier League History

There are some who say that professional English football is getting too predictable. With the Big Six all too often sitting pretty at the top of the table, other teams are left to fight for lower places in the league, never glimpsing that coveted prize. Some say games between those teams are boring, with no risks being taken and the standard of football being far too safe and predictable.

However, it was not always thus. The Premier League has seen its fair share of upsets, unpredictable victories, and underdogs launching from an unknown spot in the table to take on titans and win it all. The English love an underdog story (and after all, who doesn’t?), so the high drama of the Premier League is perfect for this football-loving nation. Here are some of the biggest upsets in Premier League history.

Burnley is currently sitting at number 14 in the Premier League table, while Manchester United, rather predictably, are in second place. This should give you an indication as to the difference between the two teams, but this difference didn’t matter at all in August 2009, when Burnley served up a 1-0 victory against Man U. Striker Robbie Blake was on form as he hit home a ludicrous shot, then Burnley’s defence tightened up to deny Manchester United a shot at an equaliser. An absolutely stunning game, and likely one Burnley won’t forget for a long time.

As ESPN rightly points out, Leicester’s victory in the 2015-16 Premier League season is one of the most remarkable and unexpected of all time. That’s not to say Leicester isn’t a top-class side; they are now and they were then, or they wouldn’t have earned their rightful place at number 4 in the current Premier League table. However, given the incredible performance of second-place runners-up Tottenham Hotspur, Leicester really pulled a blinder in that season, and it’s likely to be a very long time before we see the Foxes climb to those kinds of heights again.

To give you an idea of just how unlikely it was that Norwich would beat the unstoppable Man City, the Canaries were, at one point, 22 to 1 to win the game. Those are outside odds any bookie would love to take, but Norwich defied expectations to doubtless make a lot of dedicated fans extremely happy. Kenny McLean’s legendary corner will give him stories to tell for many years to come, and although City found themselves a last-minute goal, it just wasn’t enough to deny Norwich its victory. This game just goes to show that there are no certainties in English football.

Do the names Nicolas Anelka, Didier Drogba, and Ashley Cole mean anything to you? If you identified them as legends of English league football (despite their varied nationalities), you’d be absolutely correct, but that didn’t stop Sunderland steamrolling them to a shocking 3-0 victory in November 2010. Nedum Onuoha’s incredible first-half goal gave Sunderland an early lead that no doubt stunned Chelsea and made them incapable of responding, but two more goals followed in the second half to cement the Black Cats’ improbable but glorious victory.

On the unfortunate cusp of what we did not yet know would be a devastating global pandemic, Watford gave many fans a reason to long for the return of Premier League football. Despite being close to relegation and having recently picked up yet another manager, Watford faced off against the Reds on absolutely top form. There’s no other way to put it: Watford played an incredible game of football. They took possession at every opportunity, denied Liverpool the chance to get anywhere near them, and ended the game at a staggering 3-0. This also ended Liverpool’s chances of the longest winning streak in Premier League history.

The Manchester City team in the 2018-19 season was undoubtedly one of the best sides that English league football has ever seen, and it was going to take something seriously special to beat them. Thankfully for Palace fans, that’s exactly what the December 2018 Crystal Palace squad brought. A stunning volley from Andros Townsend gave Palace more clout than City fans doubtless thought they had any right to boast. The Eagles scored a narrow 3-2 victory over the Sky Blues, giving City serious reasons to doubt their chances at a League victory that year.

Shortly after Christmas 2018, Wolves went up against Spurs, with bookies giving them a 7 to 1 chance to win. Not bad given the pedigree of Tottenham, but Wolves were on a hot streak they weren’t about to break. True to form, Spurs’ Kane scored the first goal, an incredible long-range shot that seemed to cement Wolves’ fate. However, it was not to be. Spurs grew more and more sluggish, and the hungry Wolves circled their opponents, delivering deathblow after deathblow to drag the game to a 3-1 victory. Since then, nobody has dared to bet against Wolves without very good reason.

This list is full of teams slaughtering Manchester City, but that’s because City – who are currently sitting at the top of the Premier League table – are such titans that a good David and Goliath story makes everyone feel happy. Early on in this game, all signs pointed to a City victory, but as the game went on, it was clear Newcastle wasn’t going to let up, and late goals from Rondon and Longstaff exploited mistakes by City in order to bring the Magpies to a 2-1 lead. Enter some excellent defensive play and City’s status as a top-flight side was well and truly threatened. They’ve recovered some since then, but it’s undeniable that for many at City, the memory of this stinging defeat remains.

Facebook
Twitter
Pinterest
WhatsApp
Previous articleWho Will Win The Premier League Next Season? Betting Tips For 2021/22
Next article10 Things You Need To Know Before You Start Online Casino Gaming