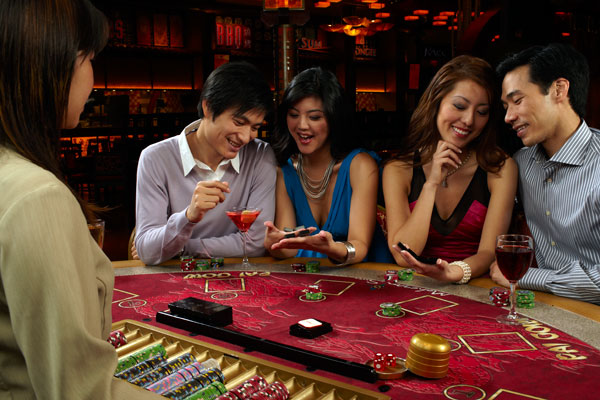 How to play Pai Gow Poker

Pai Gow Poker has its origins in China, where it has been played for at least 100 years now.  Unlike many other forms or variants of European or American poker, Pai Gow makes use of slightly different rules; largely because cards have been substituted instead of the traditional tiles or dominos.  Additionally, Pai Gow actually makes use of the Joker card, which is usually discarded in most other forms of poker.

In terms of the objective, players are trying to beat the house or dealer.   Each player will create 2 hands (one composed of 5 cards and the other of 2), with a total of 7 cards.  As expected, the 5 card hand is labeled the “high hand” while the 2 card hand is called the “low hand”.  The game typically features up to 6 players and implements a unique twist with regards to what might be determined as the “winning hand”.  For example, in order to win, both of the player’s hands must be better than that of the dealer; it is an interesting dynamic which adds another layer of excitement and anxiety to the game.

All participating players are dealt 7 cards – players are to arrange their cards to that the 5 card hand is better or “higher” than that of the 2 card or “lower” hand.  Once this is completed, the dealer may do the same while also revealing what they have.

Next, players will take turns competing against the cards that are held by the dealer.  This is usually done in a clockwise motion; also, dice is used to help determine the order.  As previously stated, in order to win – both hands must actually beat those of the dealer.  Moreover, if one of the player’s hands ties with that of the dealer, the dealer wins.  Similarly, it is considered a draw if only one hand is better than either of the dealer’s respective hands.